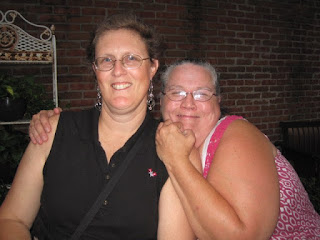 It may seem hard to imagine, but I'm really a shy person who selects her friends carefully.  Having been traumatized at a young age for being the tall, gawky kid with glasses and being at the bottom of the social pecking order (apparently I also had no filter for my mouth at times!), I learned to keep people at  arm's length until they proved loyal.

The lady above in the pink and I were fast friends in the 5th grade, mainly because she was a transplant and didn't get the message that being friends with me meant the end of her social life.  As a result, forty years later, we are still best friends who pick up right where we left off, whether that means we saw each other last month or ten years ago.  Thanks to FB, we sometimes chat daily. 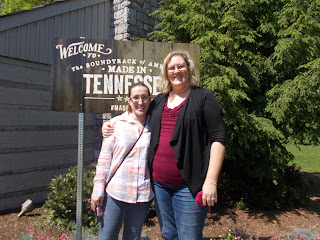 I met this sweet lady in 2009, when mutual friends introduced us.  Our personalities clicked immediately, and we shared a love of books and movies.  She needed an emergency sitter one day, and her little girl quickly became my 'Adoptee #3'.  CB and my son became friends, and even attended a few kickboxing classes together, until my lazy child decided he'd rather play video games!

This photo was taken last May, when I got the chance to introduce her to my world, and some of the authors I was friendly with.  We also enjoyed walking around the Grand Ol Opry Hotel:) 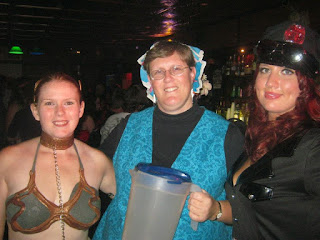 Meet 'Princess Leia', 'Molly Pitcher', and a sexy cop!  The lady on the left and I formed an instant bond when we met at a book signing event.  Again, our personalities clicked, and when she moved to my town two years later, she got me hooked on karaoke.  Both these ladies are wonderful singers, and their friendship has brought me out of my shell a bit more. 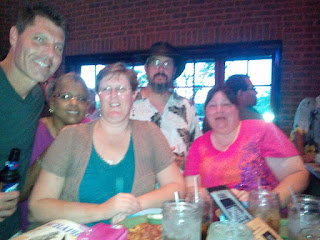 See the handsome guy off to the left?  He and I shared a love/hate relationship all through our sophomore year of HS.  He was just a kid in my PE class, not realizing he was on the basketball team.  Things seemed to be going well until I found out he was on said team, then I quit speaking to him (long story....I'd vowed to NEVER be friends with a jock!).  He persuaded me to keep the friendship, until HIS friends convinced him I was only friendly with him because of his status.  We didn't speak for 6 months, until we ran into each other in the hallway, and we admitted we missed each other's company.  I now only see him every 5-10 years, but again, we pick up right where we left off!

The guy standing behind me in the hat took me to one of our school's dances our senior year, and he's my 'go-to' 'date' at the reunions, since there are still some snobby girls in our class who make disparaging remarks against B and I spending so much of our time together at the reunions.  Geez....grow up, will you! 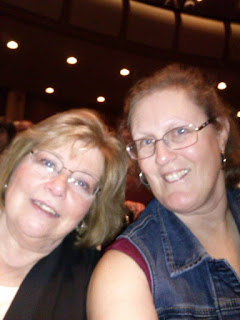 Every once in a while, you meet someone and within five minutes, you feel as if you've known them forever?  That happened with L and I.  She took me to my 1st Texas Tenor concert, and though there's nearly a 15 year age gap between us, it's hard to shut us up when we get together! 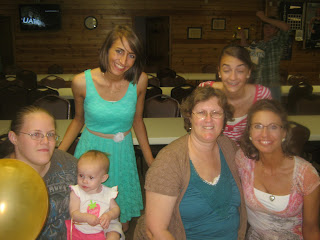 Last, but certainly not least, is the sweet lady on the right.  Oh wow.....where do I start?  Back in 1984, she called me to get acquainted, since we were to be roommates at college.  That conversation lasted 2 hours, and even though she was more friendly with another girl for part of the year, she eventually found out I was her 'soul mate' and this quiet exterior hid a 'wild' side.  We had our girls a month apart (mine, the one holding the baby, came early while her oldest, the one in blue, decided to 'cook' an extra two weeks!), shared good times and bad, and she's been wildly supportive of my writing career.  We joke that we'll be the two hell-raising ladies in the nursing home one day, playing the piano, belting out 80s tunes, and attempting the 'Electric Slide' with our walkers.

Like you, I was "the tall, gawky kid with glasses" in grade school, and like you, I don't have just one best friend.

Texas Tenors, gawky kid with glasses, and from Tennessee? I thought I was reading about myself. Although I admit I am a recent transplant to the Volunteer State and my northern twang shows it. Loved the picture of Molly Pitcher. I might be one of the few who knows about Molly Ludwig Hayes as for quite a few years was part of the group doing archaeology at the battle where she earned her name.

A forty year friendship? That is so cool. Kudos!

@Linda: Thanks for stopping by!

@Helen: I'm not from TN....I was visiting Nashville for the 2nd time:) And whoo hoo....someone else who knows their Revolutionary War history! That's so cool about doing archaeology!

@Trevann: It's rare, I know.....but thanks to FB, I've been in touch with my gradeschool pals, though some, I suspect, only 'friended' me, b/c of the 'published' status.

Great post! Sounds like you have some great friends! And I'm sure if we met, we'd be pals because I'm introvert too. And you're right, it is easier to promote someone else's work. LOL. Anytime you want to be a guest on my blog, let me know!